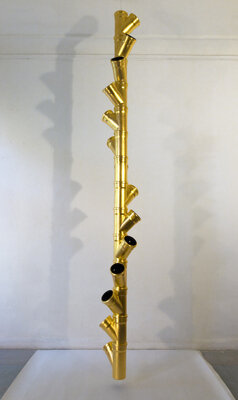 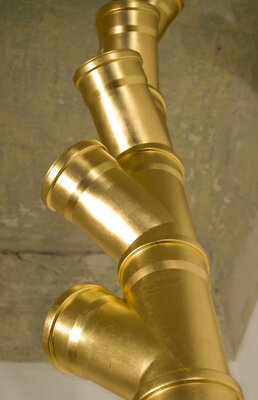 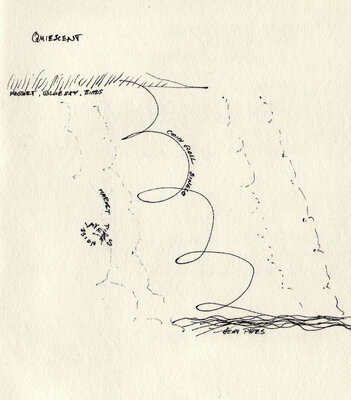 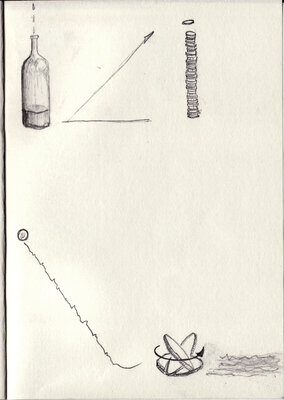 A reworking of the folk figura of the “moneyshitter, one of Breugel’s principal characters, this golden tower broadcasts a vertical/helical sound field through a composition commemorating the world financial collapse. Sonic elements include rolling coins, which spiral down the tower from top to bottom, accompanied in a series of episodes by sounds of coins pouring down a pipe, spinning, sifting, jingling in pockets, dropping into water, as well as casino ambiences, an old tickertape machine, a Turkish street market (dozens of recordings spiralling down), street celebrations after a major football game, guttering candles, water in pipes, water flowing, all recorded in dozens of instances. These are cross-pollinated or multiplied (through layering and convolution) to create the audio equivalent of Bosch and Breugels’ metamorphs. This is one in a series of works exploring a vertical sound axis rather than a horizontal stereo or surround field. With this helical arrangement I can not only work up and down, but I can develop a kind of cylindrical sound field extending out from the axis of the physical sculpture, one that creates a large, palpable volume volume around a slender piece of architecture.