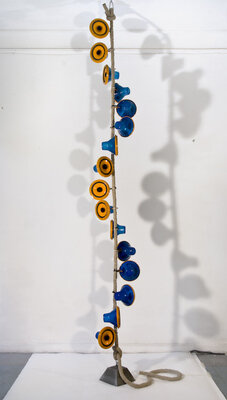 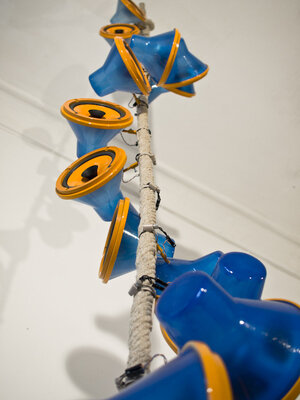 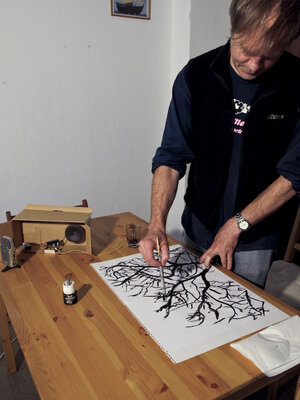 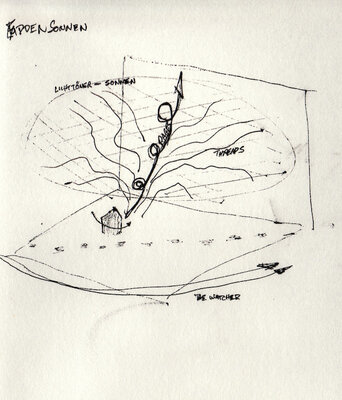 In another exploration of the vertical soundfield, Fadensonnen (Threadsuns) is a direct expression of the Paul Celan poem of the same name. It is from Celan’s later period and expresses unusual hope:

THREADSUNS
above the greyblack wastes
A tree-
high thought
grasps the light-tone: there are
still songs to sing beyond
mankind
(Paul Celan, 1968. Translation by Pierre Joris)

blue - sky, orange - sun, concrete - wasteland; the symbology is direct, unambiguous; and when colored with the light of the sound it develops a kind of sublimity. The sound composition is an almost literal enactment of the poem. At the base, footsteps crunch along a barren landscape, fluttering book pages and fluttering sheets rise to the ceiling, where the “light-tones” accumulate; the latter a combination of footsteps convolved with ringing housekeys, and tones produced by a strange electronic brush, which I used to trace a photo of bare tree branches.