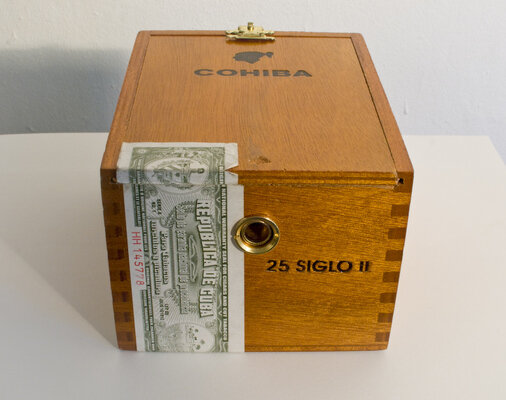 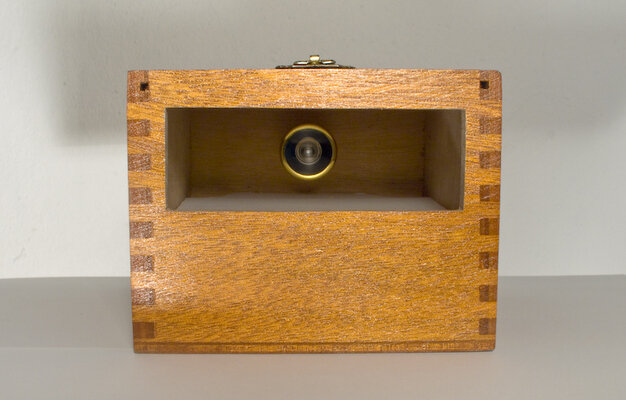 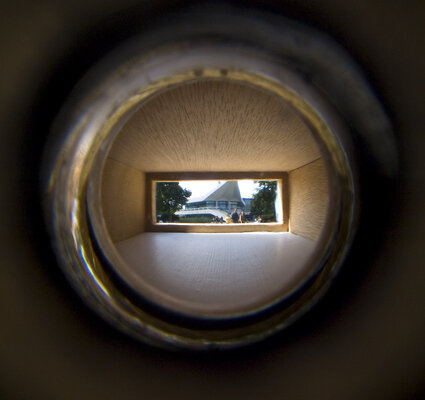 Third in the series of “very small cinemas” in collaboration with Brussels artist Stefan Bohnenberger, Panorama I uses Stefan Bohnenberger's celebrated "Judas" lens, but this time with an opening in the back of the viewing box. The interior and opening are crafted to give the sense of being in a large room with a vast widescreen film projected on the far wall. The viewer points the box at the world around and a soundtrack plays; the viewer virtually enters the box itself and sees his/her surroundings as a film archive in this apparently vast architecture, paradoxically housed in a tiny cigar box. The interior wall adventures in Flann O'Brien's The Third Policeman are clearly resonant.