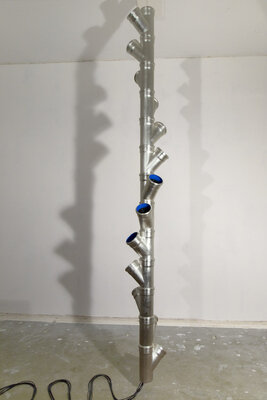 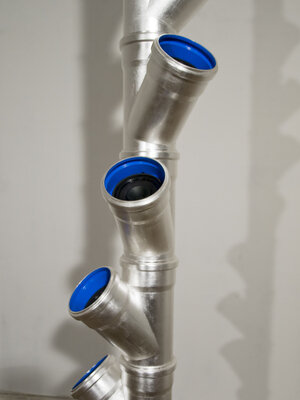 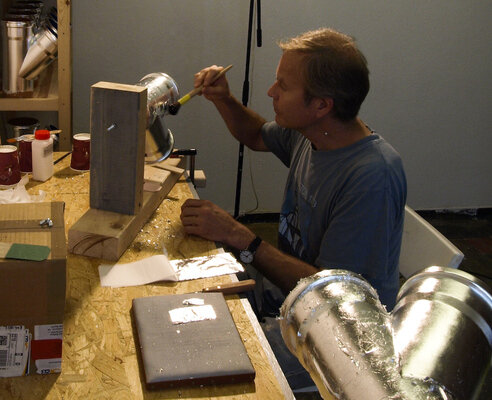 A reworking of the folk figura of the “moneyshitter”, one of Pieter Breugel’s principal characters, this silver tower broadcasts a vertical/helical sound field commemorating the world financial collapse. A “royal flush” is the top hand in the game of poker (a game readily associated with the shenanigans of stock brokers and investment banks). To “flush” is an act also clearly connected to today’s financial markets. Sonic elements include playing cards being shuffled and dealt, and rolling coins, which spiral down the tower, accompanied in a series of episodes by sounds of coins spinning, dropping into water, as well as casino ambiences, an old tickertape machine, a Turkish street market (dozens of recordings spiralling down), water in pipes, water flowing, all recorded in dozens of instances. These are cross-pollinated or multiplied to create the audio equivalent of Breugels’ metamorphs. This is one in a series of works exploring a vertical sound axis rather than a horizontal stereo or surround field. With this helical arrangement I can not only work up and down, but I can develop a kind of cylindrical sound field extending out from the axis of the physical sculpture, one that creates a large volume around a slender piece of architecture.