The Sea Is A Big Green Lens 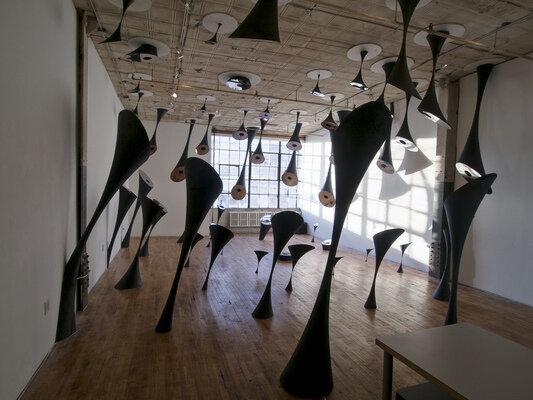 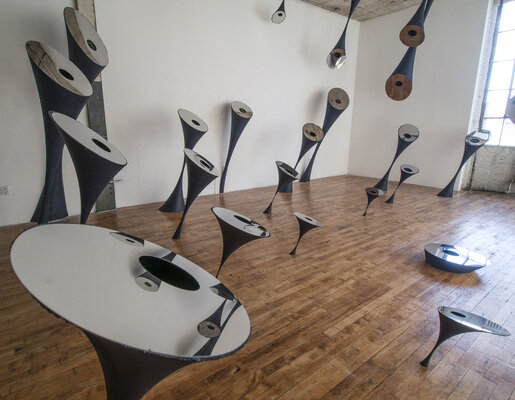 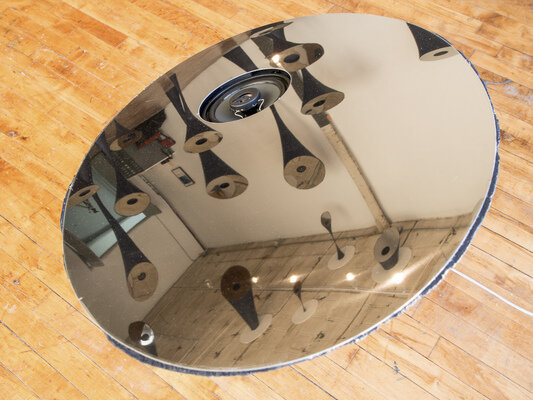 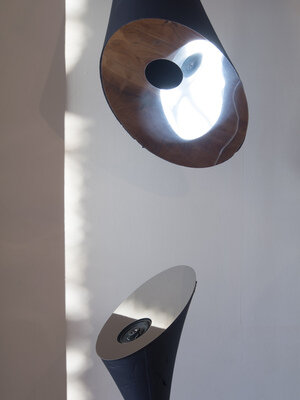 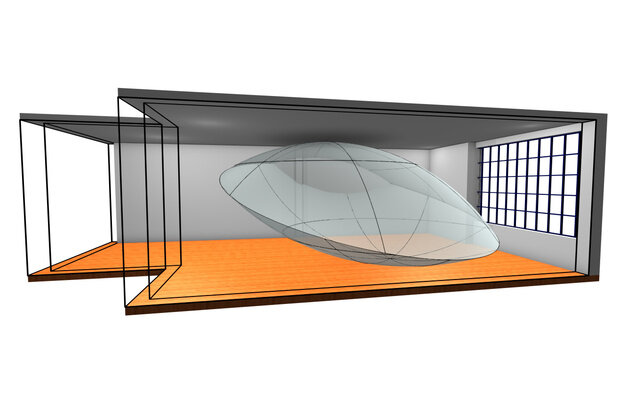 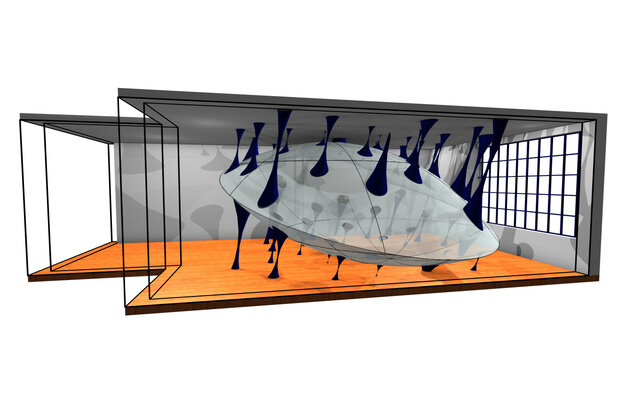 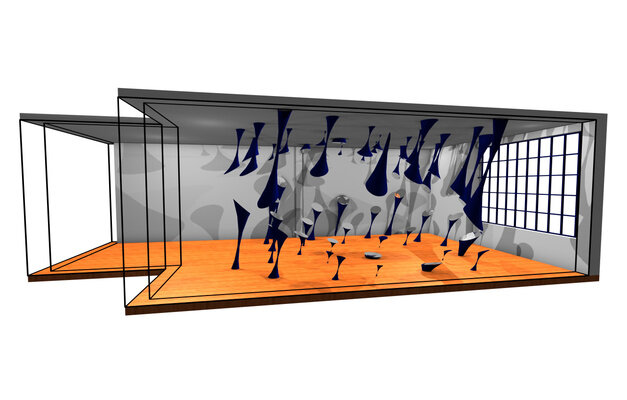 The Sea Is A Big Green Lens

The Sea Is A Big Green Lens is a sound/sculpture installation developed with my brother David Henderson. Starting with a poem by Paul Celan, “WEISSGERÄUSCHE”, we proceeded in parallel to realise a work that translates the poem into sound and space, I working on a multichannel electroacoustic composition and he on the sculptural installation to contain and broadcast the sound. The text is not heard: the composition uses the poem for its structure and source material. Where Celan invents and hybridises words, I use convolution and cross-synthesis to create compound sound hybrids. Just as I experience the interdependence of his imagery and the trajectories by which the poem unfolds, so the composition connects its sounds and modules to each other, and develops its succession of forms. Celan’s work is often very open and can be interpreted in many ways. Part of our process was to make a number of interpretations that would give us ways to enter into a dialogue with the text. The one that we always returned to was a simple image: a message, in a bottle at sea, but from the perspective of the message itself. From this idea developed a maritime theme and the choice of source material follows this logic as well as the literal imagery in the poem.

The physical installation comprises an arrangement of fifty objects which sketch the boundaries of a vast, lenticular void. Ranging from 15cm to 3m in length, the sculptures are constructed from rigid polyurethane foam and capped with mirror polished stainless steel plates. These toroidal forms extend upward from the floor and downward from the ceiling towards the centre of the room and collectively delineate the void. 12 of the sculptures incorporate loudspeakers, a ring of 8 below and a ring of 4 above, with 2 subwoofers, developing a fully 3 dimensional soundspace.