UNDER WAY metaphorically transposes the building which houses it into a ship at sea, and sets the encounterer free on a voyage to uncharted shores.   THE INTERVENTION uses a series of inversions to create the perceptual conditions that allow the “ship” to set sail. It installs a moving horizon, with its ocean and stars, into the space, suggesting to the visitor that it is in fact the building which is moving. The instrument of this horizon is an illuminated, kinetic loudspeaker assembly, inspired by marine chronometers, the essential instruments of navigation. In the days of square-rigged sailing ships, the chronometer was suspended in a basket of gimballed rings, so that as the ship moved, the chronometer remained static, enhancing accuracy. Here I invert not only the building, moving its horizon to its interior, but also the chronometer, so that it tilts continually on its gimbals and drives the motions of a horizon projected onto the walls. The reimagined compass, no longer an introverted guide, projects an altered reality into the entire space.   THE INSTALLATION: A 12” speaker is mounted on gimbals so that it can move freely in 2 axes. Movement is initiated entirely by the soundtrack playing from it, via a small wire pressing on its membrane. On top of this floats a ring of mirrored film, and it is surrounded by a fixed ring of spotlights, directed inward, forming a continuous shadow line around the walls of the room, thus creating the horizon. Then, as the speaker moves, so moves the horizon. The mylar ring reflects the lights upward, projecting a celestial map overhead, rocking with the motion of the waves.   THE SOUND is a 5 channel electroacoustic composition (a quad array is hidden in the base). Recordings from the inside of a bottle at sea play from the moving speaker and produce moving nodes and doppler shifts. The fluttering of heavy cloth plays from the base, and, by using phase differentials, seems to emmanate from the floor and walls. 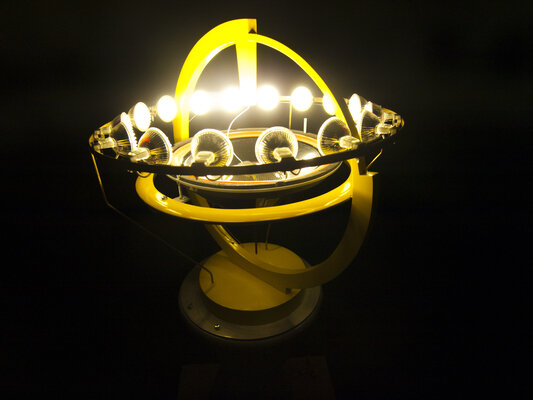 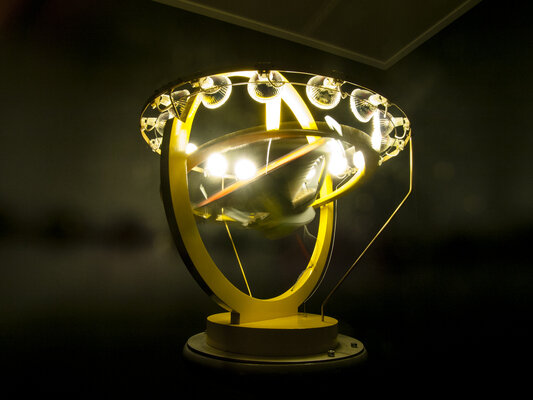 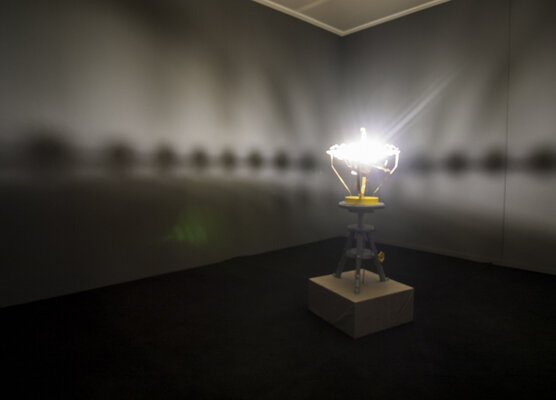 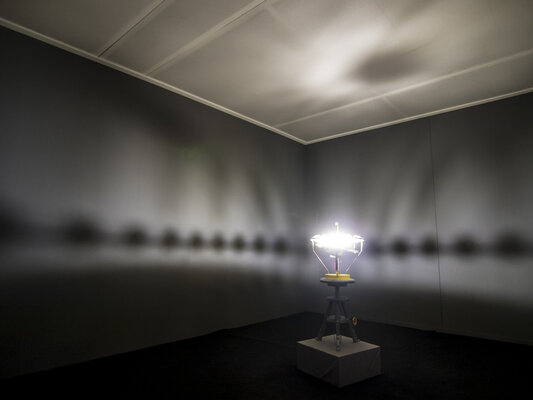 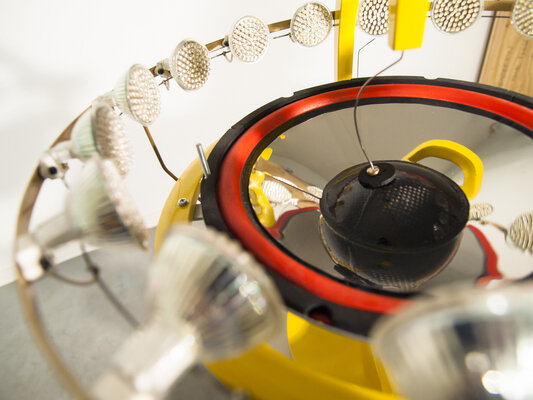