Wonder Woman is the latest in the series of superheroes. The cartoon character was invented in 1941 by William Marston (who also developed the polygraph test), and she was to be the first feminist superhero bringing ideals of "love, peace and sexual equality to a world torn by the hatred of men". Here represented by two 12" speaker drivers which pulse up and down, suggestively decorated with the remnants of one of Madonna's bras. Wonder Woman was remarkable for her ability to bounce offending bullets from her bracelets, and this soundtrack layers dozens of recordings of popcorn popping in resonant pots. Her inner turmoil (she often played her own rival vying with herself for the affections of a handsome army officer) is shown in the lasers illuminating a vessel of broken glass. 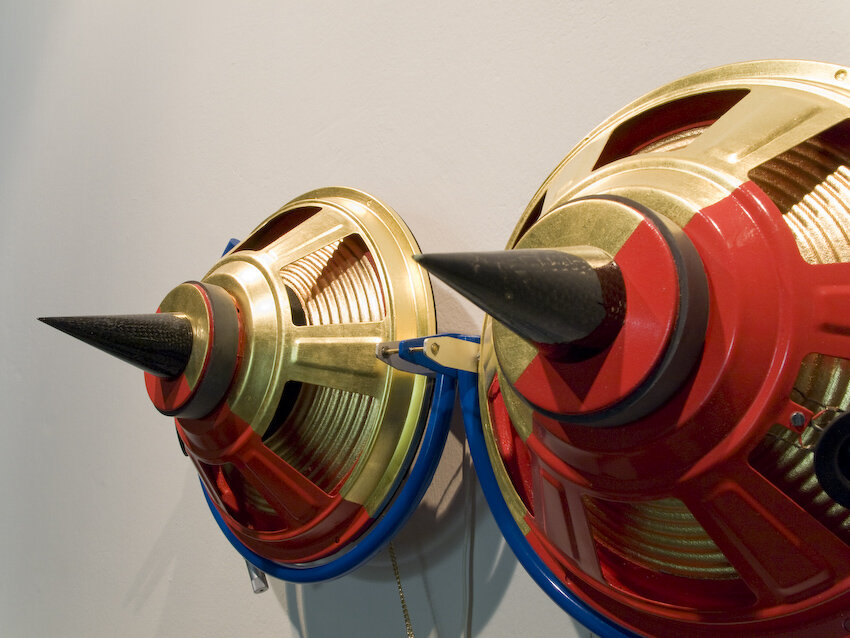 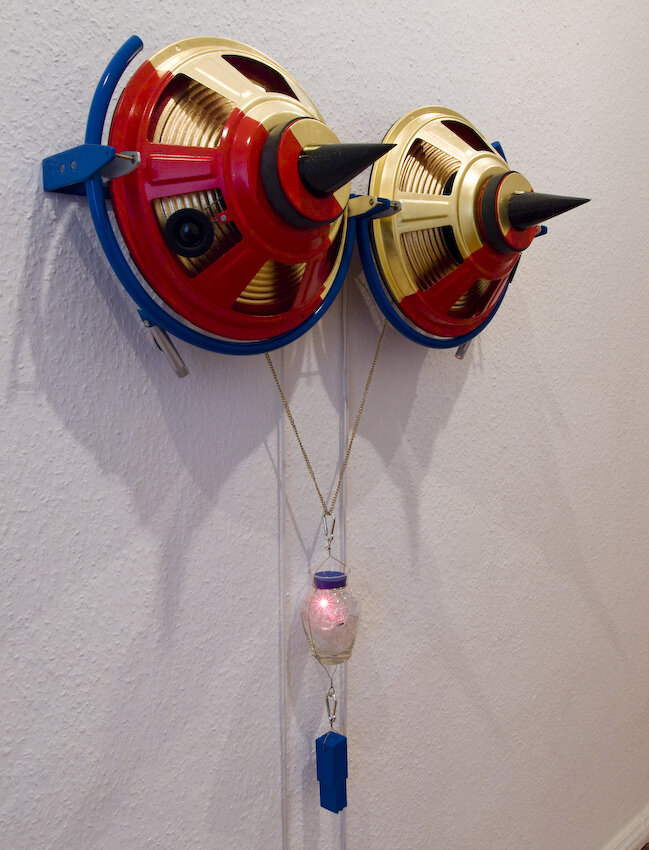 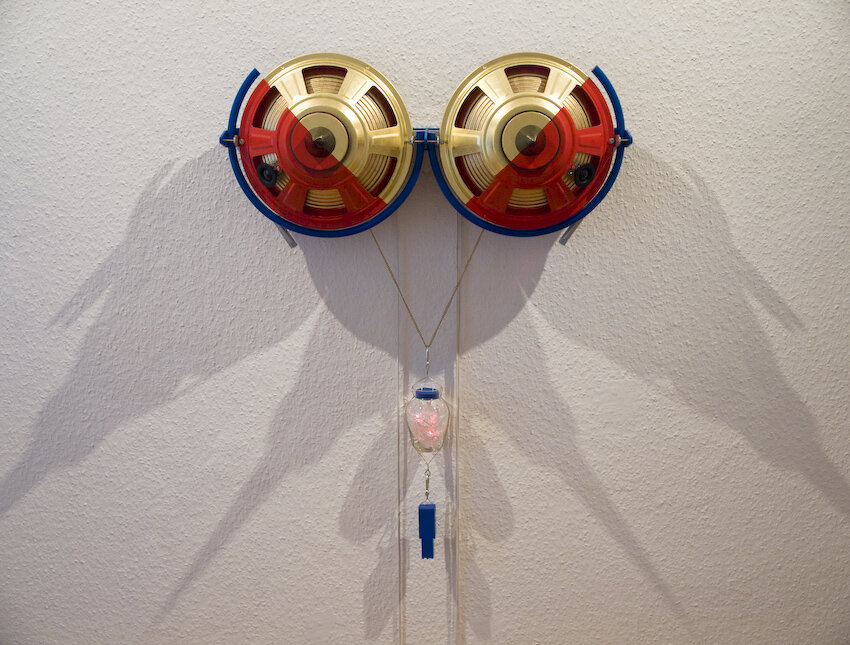 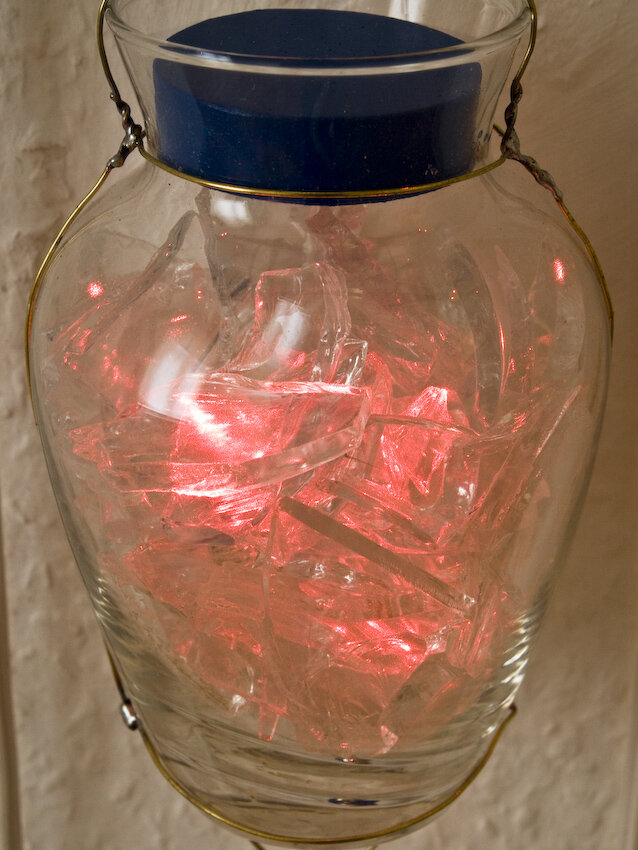 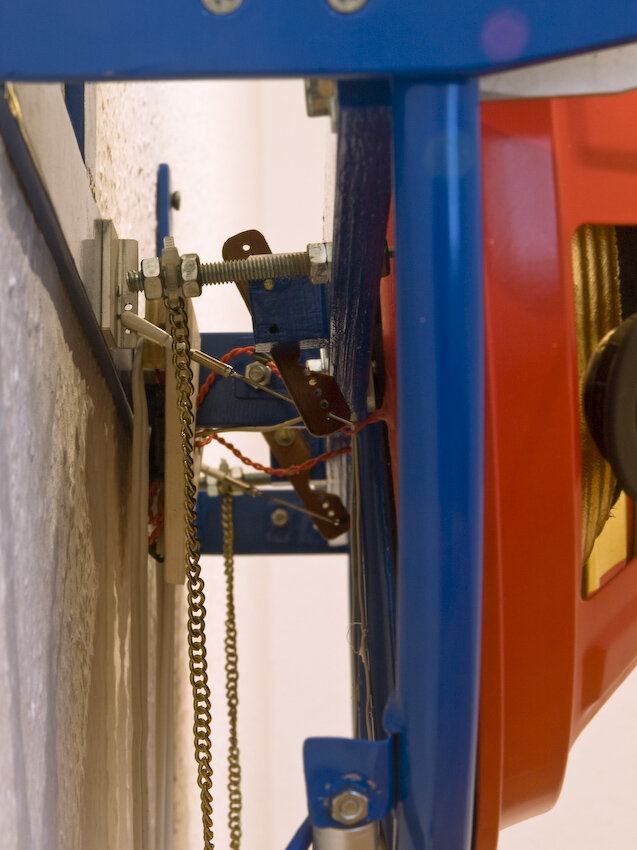 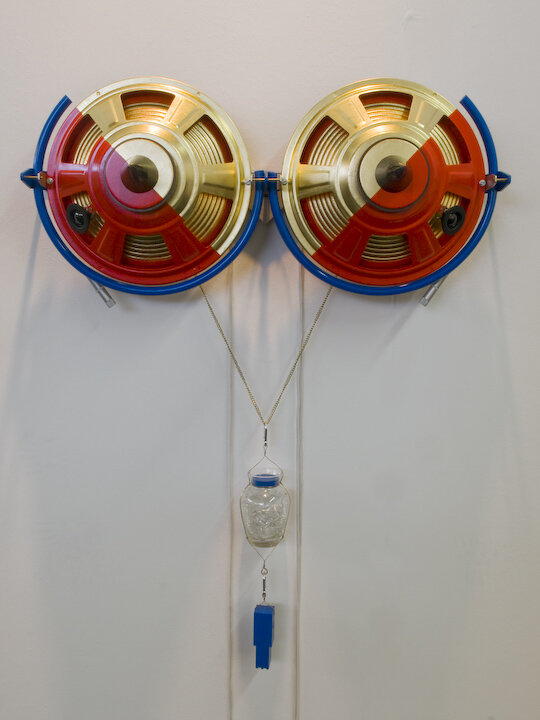 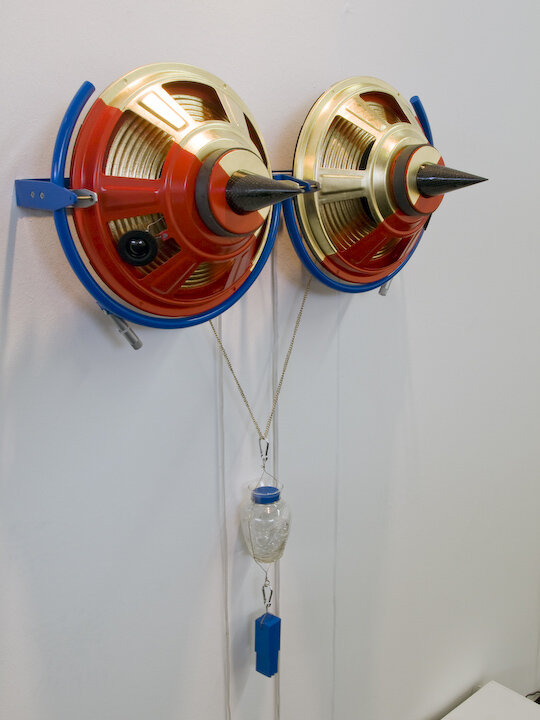 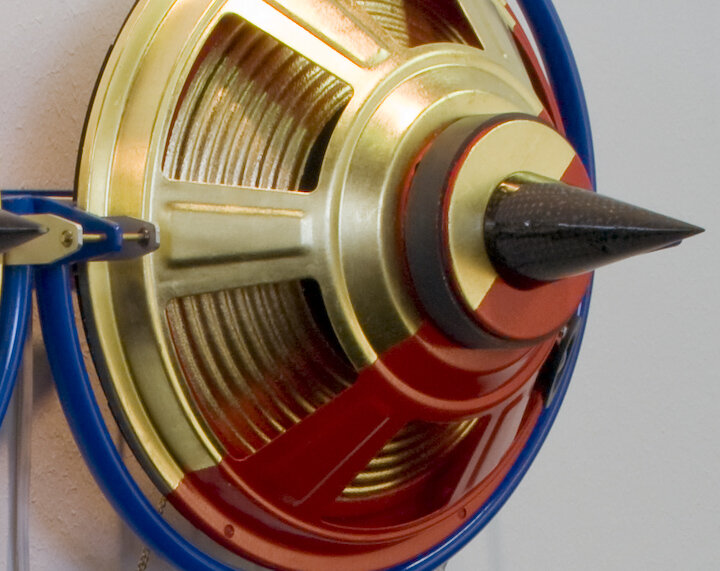